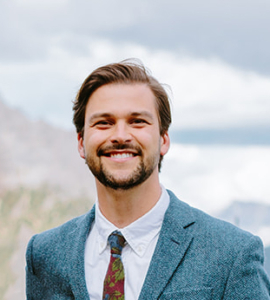 Kyler Zeleny (1988) is a Canadian photographer, educator and author of Out West (2014), Found Polaroids (2017), and Crown Ditch & The Prairie Castle (2020). He holds bachelors in Political Science from the University of Alberta, a masters from Goldsmiths College, in Photography and Urban Cultures and a PhD from the joint Communication & Culture program at Ryerson and York University. His work has been exhibited internationally in twelve countries and has been featured in numerous publications including The Globe & Mail, The Guardian, The Washington Post, Vice, and The Independent. He occupies his time by exploring photography on the Canadian prairies.

KYLER ZELENY grew up on a farm in Central Alberta. The farm isolated him, it taught him lessons about the prairie landscape and the importance of a vibrant imagination. As a result, he is left with a propensity towards open spaces, a residue of his upbringing, and mega cities, a response to his desire to connect.

His work is influenced by a fascination for elements of the past and a pondering for the future. As a result, he rarely lives in the present. He believes one of the highest virtues is not intellect itself but the pursuit of knowledge, whether that is learning how to weld or reading Bourdieu.

Over the last five years, his pursuit of knowledge has taken him onto the back roads of rural Western Canada and the occasional dip into Montana. Sleeping in his car, showering in lakes and community pools, he occupies his time trying to understand present-day ideas of rurality and how it has been visually represented. This pursuit of understanding the rural consumes him, but that’s ok because he thinks it’s important work.

Newsletter. Once a Year. No BS.