“This entire project is then further coloured by an engagement with the occult and is one that is as preoccupied with excavating the past as it is with recoding the present.” (Coverley 2006: 14)

Out West is a visual travelogue documenting rural communities in the Canadian west. Over a hundred communities of between six and 1,000 inhabitants were documented. The project offers a version of the current state of affairs in the Canadian West, exploring how rural spaces experience an urban-rural time lag. The images conjure up a Vonnegut-like idea of being “unstuck in time”, where objects and the built landscape deceive the viewer as to what period they belong too.

Work from the project has appeared in exhibitions in Canada, The United States, England, Columbia, Austria and Australia. Conference talks as well as radio and television interviews on the work have been conducted in Canada, The United Kingdom and The United States. It has appeared in print in: After-Image Journal, Blackflash Magazine, Aesthetica Magzine, Of The Afternoon, and Ain’t Bad Magazine. In 2014 the project was compiled into a limited edition book in 2014 with the independent publishing house The Velvet Cell.

To read my dissertation on the topic please email me.

Click above to view the print publication “Out West” 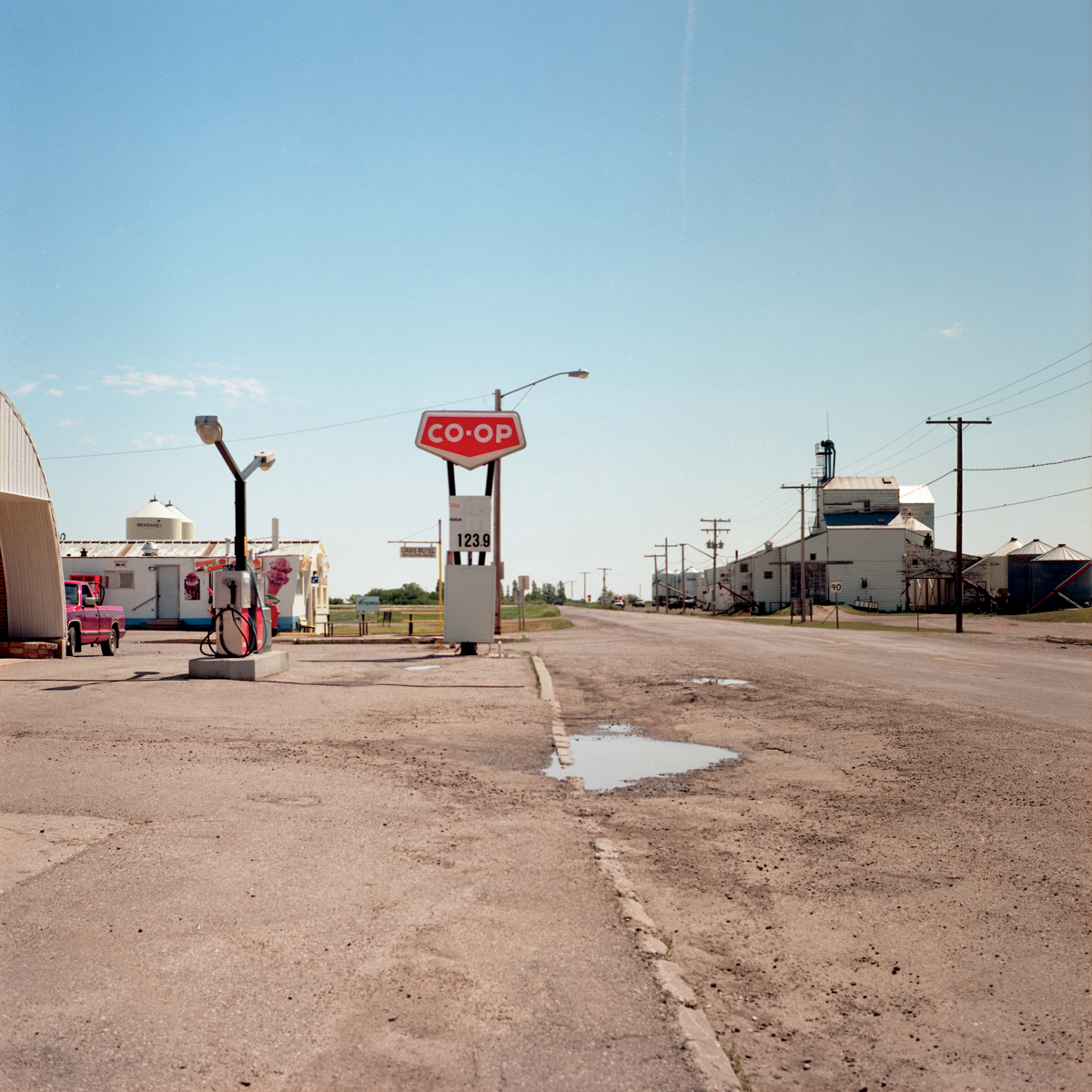