REVIEW OF JONATHAN DAY‘S POSTCARDS FROM THE ROAD: ROBERT FRANK’S THE AMERICANS

Featured in Journal of Visual Studies – 32(2)

“Enacting Frank’s America is to ‘see what is invisible’ (Maloney 115). To reiterate this point, Frank’s images deal with speaking ‘of the things that are there—easily found, [but] not easily interpreted (Greenough 362). Kerouac reiterates this point when he writes of ‘Frank’s ability to photograph scenes that have never been seen before on film’. Frank was interested in photographing ‘everything-ness’, which when he clicked his shutter would suck ‘a sad poem right out of America onto film’. Much of The Americans is a direct play on Walker Evans’ American Photographs and Edward Steichen’s monumental exhibition The Family of Man. Frank, as he saw it, was interested in speaking to an America coming of age, where cars, coffins, jukeboxes, gas stations, sorrows, regret, race, age and death were to play a new role.

Postcards from The Road (Postcards hereafter) is more than an exploration of a classical American photographic text. Through the marriage of text and image, Day subtly explores topics relevant to Frank’s work, while also exploring his own conception of contemporary American culture. The intent of Postcards can be difficult to define; it is not simply an artist monograph or an interpretation of Frank’s work, rather its blended approach is refreshingly unique. Day’s book is sequenced to mirror Frank’s and each image Day produces is influenced by Frank’s original. Postcards relies on text and image as equal forms of expression. Day’s use of text is sectioned into that which is poetic (lyrical) and that which contextualizes Frank’s original images.”

For the full review ahead of press click here. 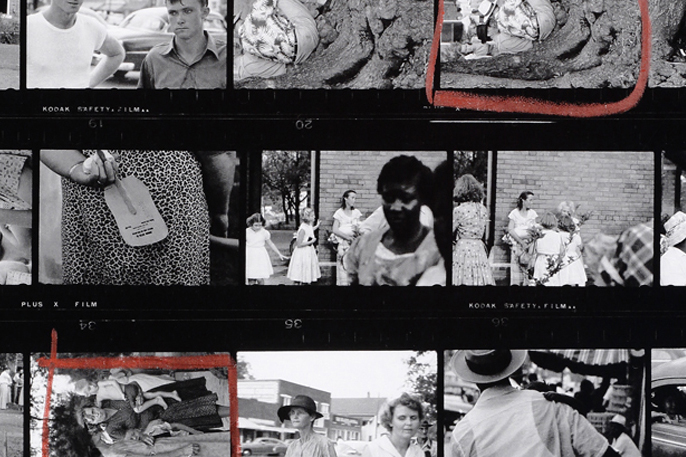